Bringing back the true sprirt of reggae Zuluman leaves no stone unturned. Guided by the teachings of Rastafari his brand of reggae makes another valuable contribution to the authenticy to the German reggae scene.The Zimbabwean born reggae star is based in Köln where he creates his modern smooth melodic blend of reggae,dancehall crossed over with electronic and Afrobeats. On stage Zuluman brings energy,experience and conviction to the fans. His lyrics are aimed at entertainment with education.Whether its about global,social or personal matters he brings a positve mindset for all generations.

Zuluman musical career dates back to the early 90's in Harare with Zimbabwes no 1 band Transit Crew. With several hit songs the group dominated the Southern African music scene performing at countless festivals like Zimbabwe Sunsplash and Zimbabwe independence gala. They also performed for Nelson Mandela on his first visit to Zimbabwe. 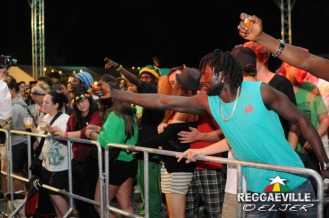